Boy, 6, Nearly Lost Foot After It Was Mangled in Escalator While on Holiday 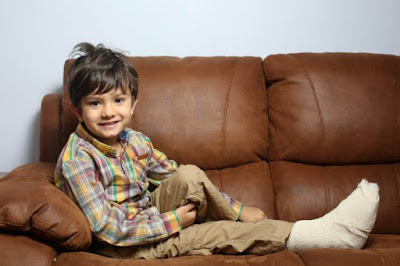 A six-year-old boy whose foot slipped through a gap in an escalator while on holiday nearly lost his limb.

It took three hours to rescue Euan Hird, and his family said if it had taken 20 minutes longer, doctors would have had to amputate his right foot.

The family was on holiday in Durban, South Africa, when the horror accident happened in a shopping centre.

Euan’s dad, Will Hird, said: ‘When I heard the escalator break and saw my son’s foot was trapped, I feared for the worst.

‘Because it took rescue teams so long to get him out, the medics were 20 minutes away from cutting his foot off to free him.

‘When they freed him and cut off his shoe, there was blood everywhere, it was like something out of a horror movie. 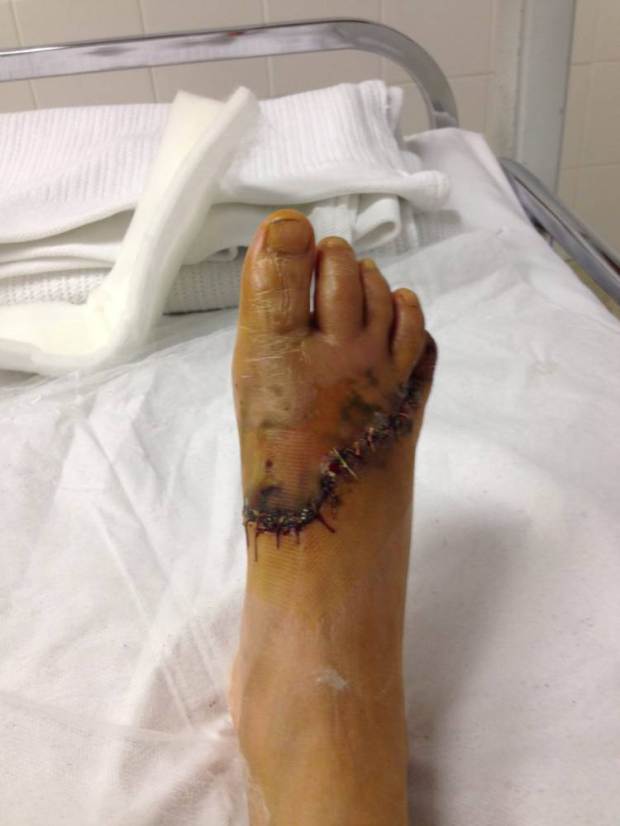 Euan, from Carnforth in Lancaster, had to have two operations to reset his bones.
At first doctors warned he might not be able to walk again, but eight weeks after the accident he is starting to get back on his feet.

But fire and ambulance crews were unable to take the escalator apart and free Euan, and they spent three hours struggling before getting his leg out.

Will said: ‘There was blood everywhere. It was an awful sight.

‘It was so mangled we all thought he was going to lose it, or be left unable to walk.’

The family had to cough up £4,000 in medical bills, but will be able to claim the money back on travel insurance.

Euan had to stay in South Africa for prolonged treatment, with his mum Nishala, but is now back at home.

Will said: ‘Luckily Euan is a really positive child so has kept upbeat. His foot is in a cast now, but it looks like he will be fine.’ 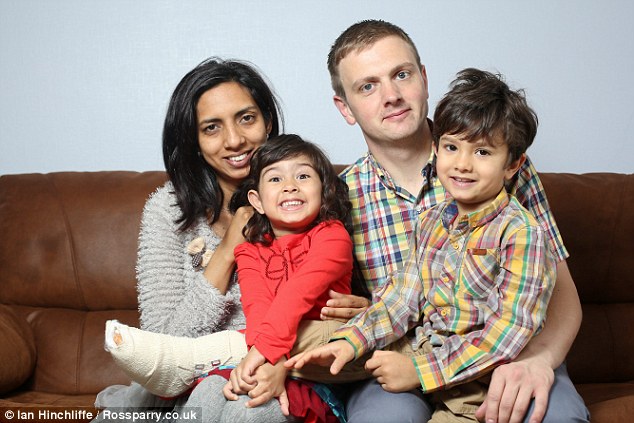 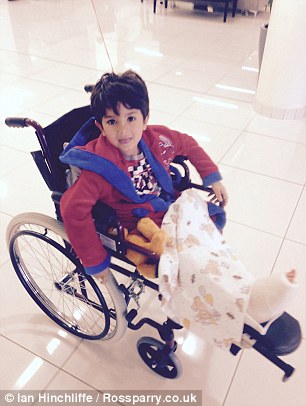 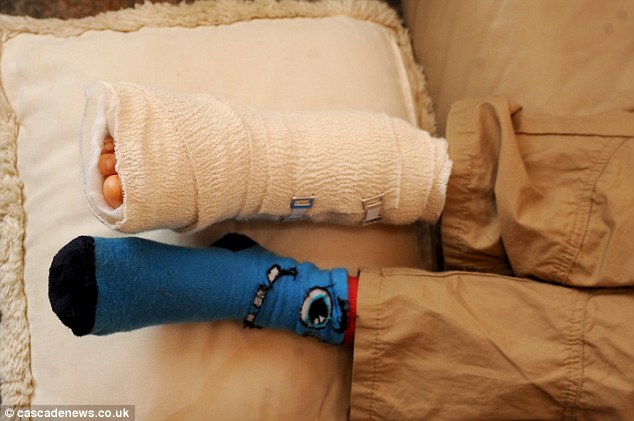 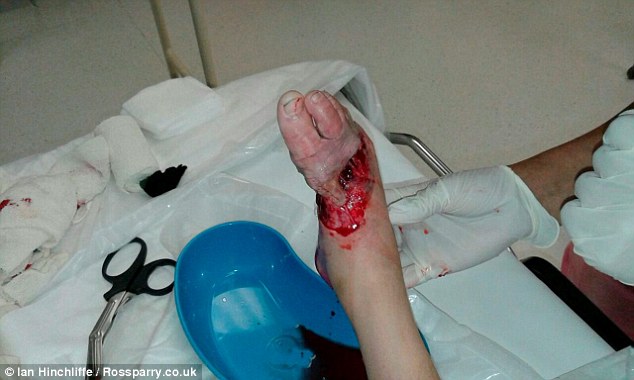