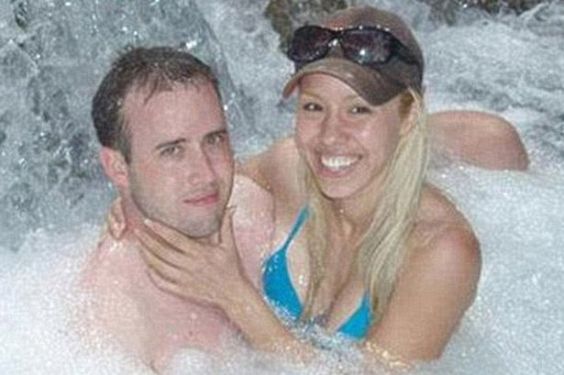 The final moments of Travis Alexander’s life were nothing short of horrific. He was stabbed multiple times and almost decapitated before being shot and left for dead in his shower. Travis’s flat was covered in blood where his body had been dragged and his killer had washed their bloodied hands.

Crime scene photos were shocking, but they were nothing compared to the chilling images found on a digital camera at the scene.

Investigators retrieved deleted photos that showed Travis alive in the shower, posing for the camera as water cascaded over him. Then, in a final photo, the water turned red with blood as his killer accidentally took a snapshot of his murder.

Handsome Travis Alexander, 30, was a marketing salesman who lived in Mesa, Arizona. He was a practising Mormon and a charismatic motivational speaker.

In September 2006, Travis met Jodi Arias, 27, at a conference in Las Vegas. She was a saleswoman living in California and had a passion for photography.
The pair began an intense long-distance relationship, exchanging over 80,000 emails and speaking on the phone for hours. Jodi was so smitten she joined the Mormon faith, but after just five months, their relationship hit the rocks. Travis told Jodi it was just physical and ended it. 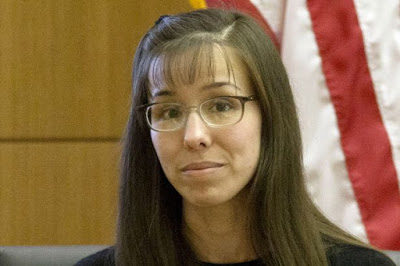 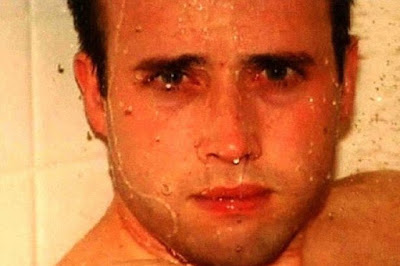 Jodi was devastated and moved to Travis’s hometown of Mesa to work as a waitress. Travis told his family that she was stalking him – even claiming she’d crawled through a dog flap, so she could sleep on his sofa. But he continued to secretly have sex with her.

While Jodi thought they were back on track, Travis still refused to commit and, after two years, she moved back to California to live with her grandparents. But it wasn’t over.

Two months later, Jodi hired a car and drove to Mesa to see Travis. She filled
up petrol cans for the journey so she wouldn’t have to stop, and turned off her phone. On 4 June 2008, the estranged couple had sex one last time and took explicit photos of each other.

A few days later, Travis’s worried work colleagues couldn’t contact him. Friends went to his flat and discovered the bloody scene. Travis was slumped dead in the bottom of his shower with his throat deeply sliced from ear to ear and a gunshot wound to the head. There were over 27 stab wounds on his body.

Travis had been shot with a 25-calibre gun – the same type of gun that had been stolen from Jodi’s grandparents in a mysterious burglary a few months earlier.

The most disturbing discovery was a damaged digital camera in the washing machine, along with bloodied clothes that had been put through a wash. Police recovered deleted sexual images of Jodi and Travis.

There was a picture of Travis alive and wet in the shower – then another photo that showed the back of Travis’s head, with his arm raised and blood tricking down his neck. Police believed it had been taken accidently as Travis was being killed.
Jodi was interrogated. At first she denied even being at Travis’s home, but when confronted with evidence she changed her story. She claimed two intruders had broken in, murdered Travis and attacked her. It was unlikely.

Finally Jodi broke down, saying she was a victim of domestic violence and that night Travis had violently attacked her. "It was self defence," she sobbed. When police pressed for details, Jodi’s story was inconsistent and when left alone, she giggled and even did a headstand. She was charged with murder.