Video: Nobody Will Escape Justice, Not Even Corrupt APC Members - President Buhari 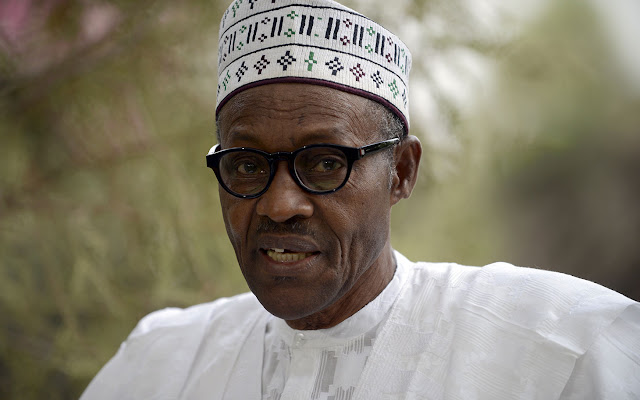 In an interview with CNN's Amanpour, President Buhari talked about what he wants the US to do for Nigeria as it relates to the fight against Boko Haram"The United States and even the G7 promised to do what they can to help Nigeria so we have brought our requirements in terms of training and equipping and in intelligence gathering for Nigeria to be able to fight Boko Haram" - he saidAs regards speculation that Boko Haram wants to trade some of their members in prison for the kidnapped Chibok girls, President Buhari said"We have to be very careful about the credibility of various Boko Haram leadership coming up and claiming that they can deliver. We have to be very careful indeed and we are taking our time because we want to bring them safe back to their parents and their school"he said.
Asked further if he was against negotiating with Boko Haram, he said "I cannot be against it because as I told you our main objective as a government is to rescue those girls back to their schools and rehabilitate them back to normal sight. If we are convinced that the leadership that presented itself can deliver those girls safe and should, we will be prepared to negotiate what they want"he saidAsked if he will crack down on corrupt leaders even if they were from his party, Buhari said "I just have to. There isn't going to be any party member or personality that can escape justice"he saidAsked if he was dissapointed President Obama who is due to visit Africa soon isn't coming to Nigeria, President Buhari said "I wouldn't say I was disappointed but how I wish he will change is mind and go to Nigeria"Asked if he asked President Obama o come to Nigeria when they met, he said"Well I asked him and I will send a formal invitation"he said Asked what he thinks of former Chadian dictator who is being tried in Senegal instead of the International Criminal Court, President Buhari said "Justice is Justice whether it is done in Africa or else in the world. The important thing is let justice be done. Whatever evidence the prosecutors have in Senegal I think they should proceed to make it available to the world and prosecute him according to international law on Human rights".

"I support any process that is based on Justice"he said.