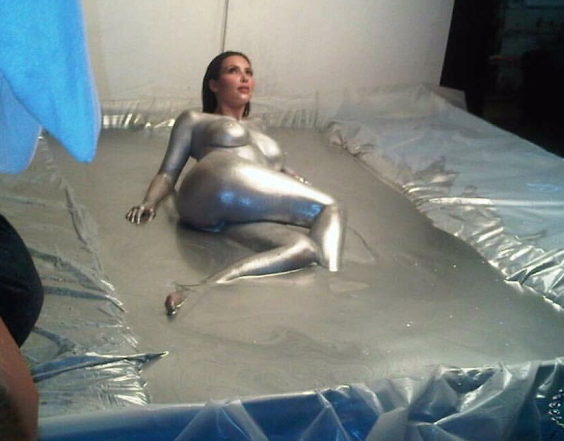 Kim Kardashian shared a naked photo of herself rolling around in silver paint. The snapshot, which was taken several years ago for W Magazine, showed the now-34-year-old lounging on her back, with nothing but the body paint preserving her modesty. In a 2011 episode of KUWTK, Kim broke down in tears because she thought the photo shoot was too revealing.