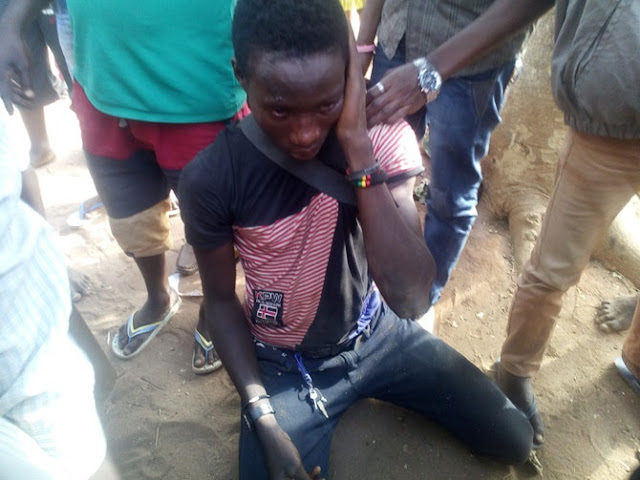 This in Uli, Ihiala LGA, Anambra State. According to the NGLatest reader (you are such a darling) who just sent this story in, the boy named Abraham (pictured above) aged 25 had canal knowledge of a young girl (name withheld) in a bush near the girl's home.

The boy confessed that it was the second time of carrying out this kind of evil act after luck ran out on him today when his victim reported to students of Anambra State University Uli living in the area;
the students, in turn apprehended the boy and alerted indigenes who gave the boy a massive beating.

The boy has been stripped Unclad by an irate mob who tied him up and was still beating him before policemen came and whisked the suspect away.