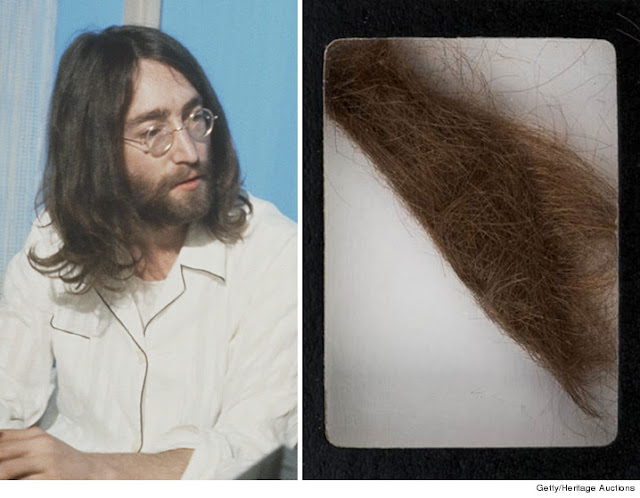 Several locks of John Lennon's hair are on the auction block, and even though it's already going for five figures ... it's a steal as Lennon memorabilia goes.
Heritage Auction out of Dallas is hawking a 4-inch chunk of John's hair -- a hairdresser cut it off before his role in a 1967 movie called, "How I Won The War" -- and the current bid is at $12k.


Past Lennon items have gone for way more than that: his '65 Rolls Royce Phantom V sold for $2.23 MILLION, and Lennon's handwritten lyrics to "All You Need is Love" fetched $1.25 million.
So chances are the price on Lennon's locks will go through the roof too. Get your bids in now! 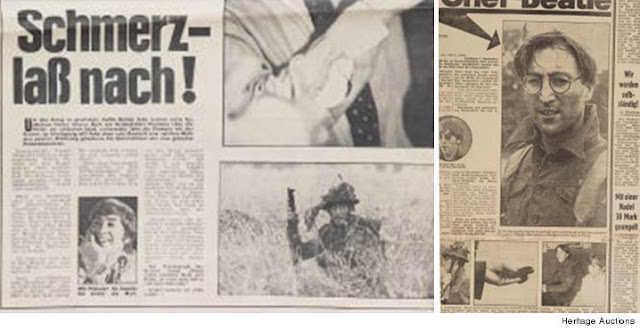