Khloe Kardashian Kicks Brother Out Over Blac Relationship, Rob Moves In With Chyna 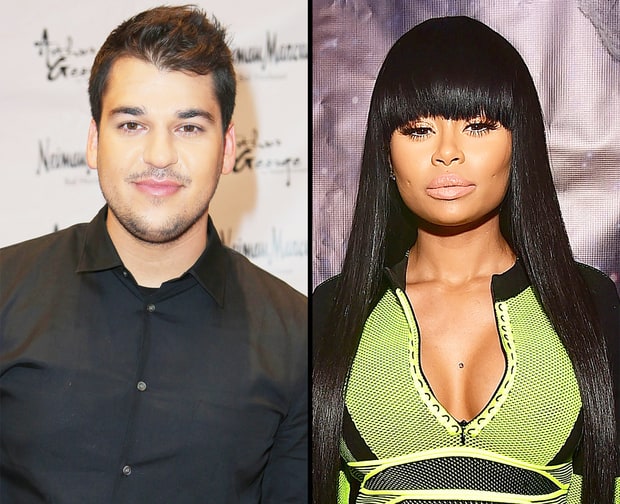 Unsurprisingly, the Kardashian women are not too pleased that their brother Rob has decided to start a new swirly relationship with Blac Chyna — a woman the family has screwed over and publicly trashed multiple times. But apparently their offense at his romantic choice is so great that Khloe has decided to put him on the streets for “going against the family.” As reported by People:
A source told PEOPLE Monday that Jenner, 18, is “livid” about the romance between Rob and Blac Chyna.
“She feels super betrayed and can’t understand why someone in her own family would stab her in the back like that,” the source said.
Though the Keeping Up with the Kardashians has been living with his sister Khloé Kardashian, the source says the new romance with Blac Chyna means “he won’t be welcomed back to Khloé’s now,” given the model’s complicated history with the Kardashian-Jenner sisters.


But Rob is probably cool with that, since he’s a little sick of being around the camera-loving Kardashian klan for the moment anyway. He’s happy to be out getting some air and attention from someone other than his nagging sisters. Plus it doesn’t hurt that this whole thing is getting under the Kardashian girls’ skin — something Rob and Chyna are BOTH very interested in doing:
“They are dating and have been for a few weeks. Who knows how serious it is,” the source tells PEOPLE. “Rob has been lonely for so long, so of course it’s great for him to spend time with someone other than his sisters. Rob has also found an escape from his family nagging him about his heath. He has ignored their attempts to contact him.”
“Rob likes her and seems to think it’s mutual. It’s just hard to take things seriously since obviously both share a lot of anger toward the [Kardashian-Jenner] girls,” says the source. “They have both had a lot of drama with Kim. Rob really seems to get a kick out of all the drama that he is causing.”
Well, at least she has him working out and eating well — something his whole family has somehow been unable to accomplish.

Now if an a month or so Rob steps out 60 pounds lighter and happier than he’s been in years with Blac Chyna on his arm…what can the family really say?
Rob Kardashian packed a suitcase and moved in with Blac Chyna ... at least temporarily ... TMZ has learned.
Rob, who was living at Khloe's house, has been at B.C.'s digs for 5 days and counting. As for how it happened ... we're told Rob made the first move by DM'ing Chyna 2 weeks ago.
We're told Rob genuinely likes Chyna and is not hooking up to upset his family ... but we're told it has definitely upset the Kardashian brood. Kylie has been at war with Tyga's baby mama for more than a year.
Rob is using Chyna's home fitness equipment to train, with a little inspirational help from her.
Rob and Chyna have known each other for a long time ... since she lived across the street from him when she was Kim's best friend.
Our sources say the Kardashians are outraged at Rob's hookup. They believe Chyna is manipulating everything and that SHE is the one who first reached out. They also say she's behind Rob's sudden interest in Instagram postings. They believe Rob's horribly depressed and she's playing into his insecurities for her own gain.
Splash / Bossip / TMZ