The Game Sued He Sexually Assaulted Me On His TV Show 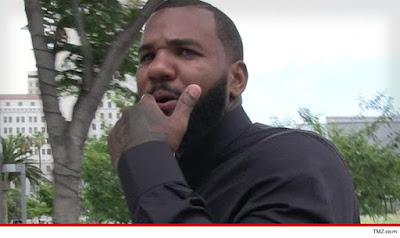 The Game is being accused of sexually assaulting a contestant on his reality show, and the alleged victim is suing for $10,000,000.
According to a lawsuit filed in federal court in Illinois, Priscilla Rainey says she was cast on Game's show, "She's Got Game" earlier this year -- and on May 22, she was shooting a scene in a sports bar.
In the docs, Rainey says Game was "out of control," drunk, and on drugs. She says over the course of the evening, Game sexually assaulted her several times ... including "forcefully reaching his hand inside her dress to rub her bare vagina and buttocks."