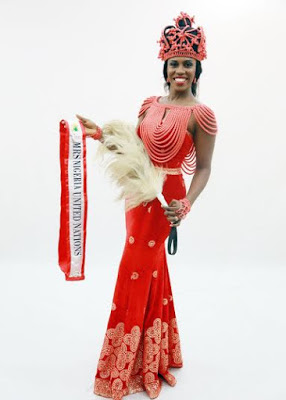 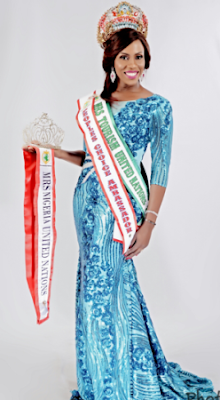 Pictured above is Mrs Ebelechukwu Enemchukwu who won the 2015 Mrs. Nigeria United Nations at in Abuja on May 19th organized by Precious Chikwendu, Miss United Nations World Queen 2014.

Having won this title, she represented Nigeria on the International stage in Kingston, Jamaica for the United Nations World Pageants which took place on July 18. She won the keenly-contested Pageant. 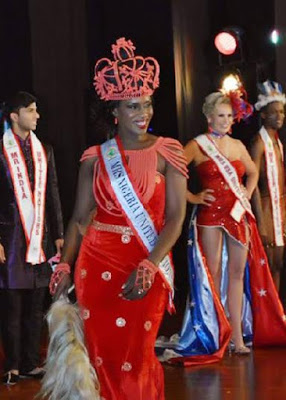 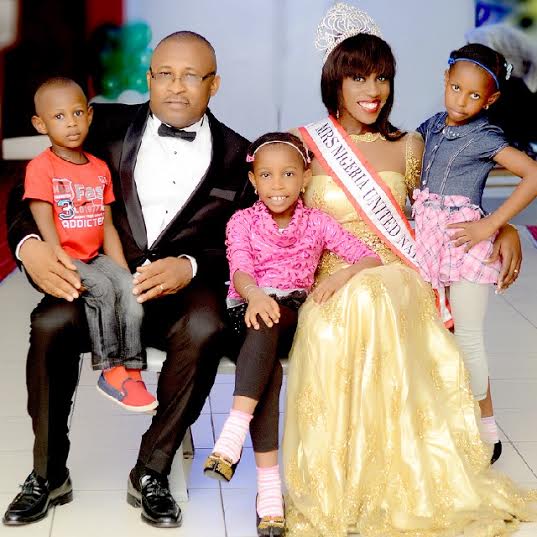 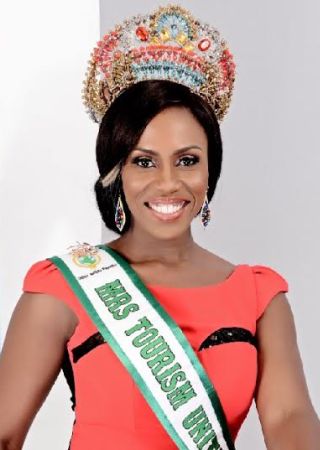 Aside the Mrs. Tourism title which she clinched, she flew the Country's flag even higher as she also won the People's Choice Ambassador Award for having the highest number of votes across all categories (Miss, Mrs, Ms, Miss Tourism, Miss Teen) of the Competition. She had a total of 63,900 votes. Wow! Thanks to all who supported her through their votes.