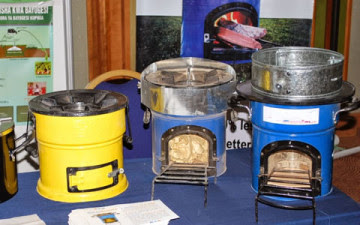 The contractor handling the N9.2billion worth of clean cook stoves and wonder bags awarded by the administration of former President Goodluck Jonathan has dragged the Federal Government to court.
The Permanent Secretary, Ministry of Environment, Fatima Mede, disclosed this to State House correspondents on Tuesday shortly after briefing President Muhammadu Buhari of the ministry’s activities inside the Presidential Villa, Abuja.
Mede said the contractor approached the court to order the government not to terminate the contract following the emergence of the present administration.
The Jonathan-led Federal Executive Council had on November 26, 2014 approved N9.2billion inclusive of Value Added Tax for the procurement of 750,000 units of clean cook stoves and 18,000 wonder bags.
The contract was awarded in favour of Messrs Integra Renewable Energy Services Limited.


There have been calls on the present administration to terminate the contract.
Confirming the legal action, Mede said the ministry had briefed the Office of the Attorney General of the Federation on the development.
She said the government would appear before the court to argue its case.
She however did not say if there were plans to terminate the contract.
She said, “The matter is in court right now, so there is a limit to how I can talk about the issue of cooking stoves.
“The contractor took government to court asking the court to grant an injunction for government not to terminate the contract.
“We will go there and argue our case, the government will go, we have briefed the Attorney General’s office.
“We will present our case on the issue that led to the contractor taking us to court, it will be explained and the court will decide.”
Mede said during her team’s meeting with Buhari, the President raised concerns over environmental degradation in the country.
She said the President was aware that the sustainability of the country would depend on how well the environment was managed.
She added that the rate of desertification and afforestation in the country was alarming.
She said over 43 per cent of Nigerians were affected by the effect of desertification.
The Permanent Secretary also pointed to the conflict between the herdsmen and farmers because of forced migration.
She said the President had directed that to reduce the rate at which wood was being cut down for cooking, the ministry should consider promoting the use of LPG especially in the cities.