Boy Found Living Among Pigs and Unable to Communicate with Humans 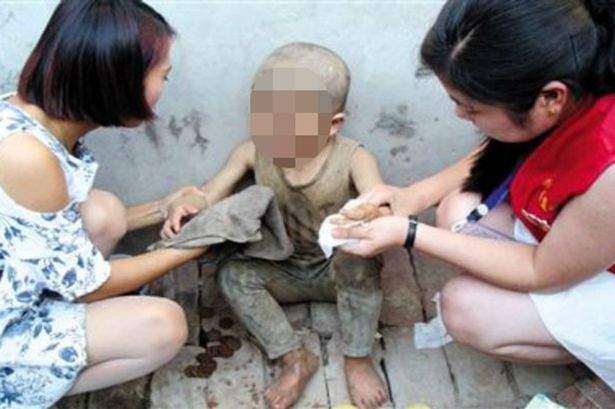 A seven-year-old boy has been found living with a family of pigs and unable to communicate with humans, ICrossChina, reports.
When social workers visited the family home in Fangyu City, in central China’s Henan Province, they found the boy in one of the pig pens, covered in filth, dirt and with bruises, cuts all over his body.
Reports claimed the parents allegedly neglected three of their children who are dead now while a fourth child was taken away by a relative shortly after birth.
The alarm of the boy’s plight was raised after pictures were posted on social media where the toddler was seen riding with a pig in the back of his father’s farm tricycle.
After he was identified and tracked down by local media, neighbours revealed the boy, identified as Liu Hongbo, was often heard crying after being beaten by his mother.
One said: “When somebody goes round sometimes to tell her to stop, she just smiles as if nothing has happened. She’s always beating him and throwing him around the house.”

When he was found, he was sleeping outside on a pile of clothes in an empty pigpen and “smelt like a pig” but the social workers, from a nearby children’s home, were unable to take him away as they need permission from city officials before being able to intervene.
Experts believe that if put into a normal environment, the boy might still learn to speak and have a normal life. He has since been sent to stay with his aunt. 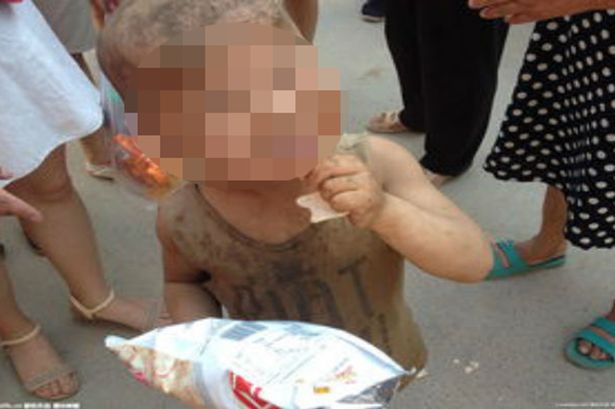 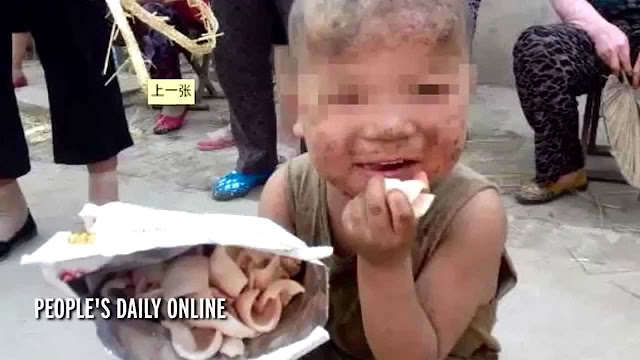