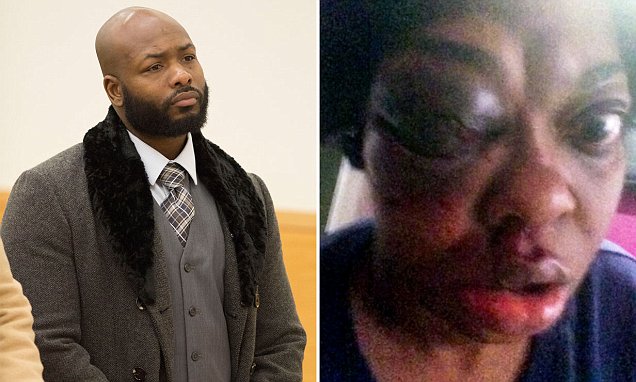 Some disturbing new details have been revealed in a New York man’s trial according to the NYPost…
A Brooklyn fiend on trial for intentionally beating his developing baby daughter to death — after his very pregnant girlfriend refused to have an abortion — chillingly searched over two dozen variations of “Can being hit in the stomach cause a miscarriage?” in the months before he and an accomplice attacked her in the hallway of her building, an NYPD detective told jurors.
“What happens if you get hit in the stomach while pregnant?” phone records show Torey Branch first typed into his BlackBerry on Jan. 19, 2014, two months before the March 28 attack on Mia Jones.


“What happens if a pregnant woman gets hit in the stomach?” he Googled just days later, according to data recovered after authorities issued a warrant for phone extraction reports.
The internet will ALWAYS snitch on you…smh.
Jones was returning from an appointment when she was pushed into her foyer and beaten so badly by two masked men that she had to undergo an emergency cesarean section to remove the baby’s remains.
The mother of four has testified that Branch offered her money to have an abortion, and even tried to make appointments for her after she told him she wasn’t interested.
Innocent until proven guilty, sure, but this negro looks like a bully Suge Knight type of guy…
Image via DailyMail/Handout