Mariah Carey, James Packer... Engaged... Oops ... Neither of Them Are Divorced 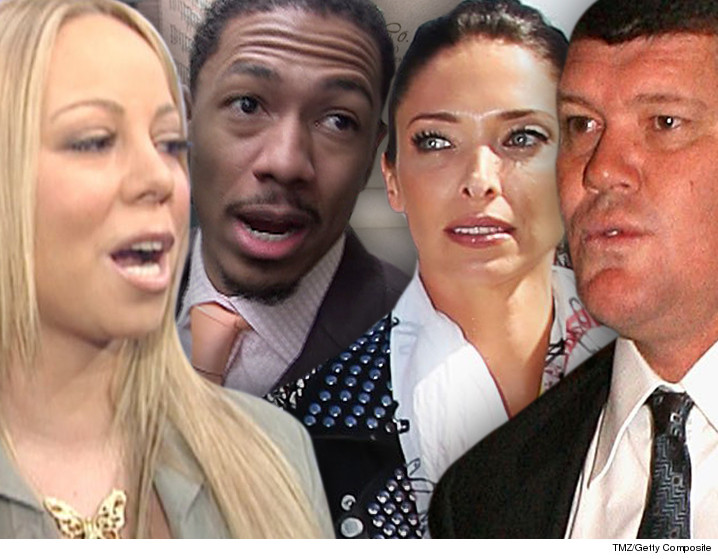 Newly engaged couple Mariah Carey and James Packer have a teeny tiny issue -- they're both married to other people.

TMZ has learned, Mariah is still not divorced from Nick Cannon. Our Mariah/Nick sources say they have still not fully settled their financial issues, despite the fact there was a very specific prenup.
TMZ broke the story back in August, Mariah felt Nick was dragging his feet to gain leverage in the money department. We got video of her with her lawyers during a Malibu dinner meeting, where they were trying to find some pressure points they could use to make Nick sign off.


We're told Mariah and Nick are now getting along, and they're in the process of resolving the remaining issues so they can finalize the divorce.
As for James, we've learned he's still married to Erica Packer. They separated in 2013 and she's moved on as well ... she's dating Seal. But we're told the laws in Australia have slowed the divorce process way down.
All signs point to a longish engagement ... it's a whole bigamy thing.
TMZ.
Follow Me On Twitter & Instagram: @effiongeton
Posted by Unknown at 12:02:00