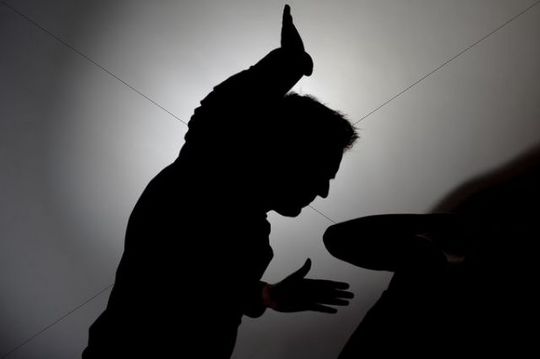 A 33-year-old man, Ekwere Alex was Wednesday arraigned at an Ogudu Magistrates’ Court, Lagos for allegedly assaulting his pregnant wife, Ekwere Esther.
According to the prosecutor, Sgt. Ihiehie Lucky, the complainant, Esther, had lodged a complaint that her husband, ‘an applicant, collects her salary every month end.’
The prosecutor alleged that the accused assaulted and battered his wife on January 14, because of her refusal to part with her December salary.

He said that Esther, whose delivery date was near, was paid her December salary and preceded on her vacation.


“The accused chased her with her pregnancy around the house premises and beat her up.
“According to the complainant, her husband threatened to kill her if she dares come back to their house,” the prosecutor noted, adding that the accused had refused to supply his wife with basic needs, knowing fully well that her health and that of the baby were at risk.
The accused of No 5, Owodunni Street, Oworonshoki, is facing a four- count charge of assault, intimidation and failure to supply necessaries.

Lucky said the offences contravened Sections 170, 171, 56 and 245 of the Criminal Law of Lagos State, 2011.
The accused, however, pleaded not guilty to the four-count charge.
The Magistrate, Mrs O Sule Amzat granted the accused bail in the sum of N 50, 000 with two sureties who must be gainfully employed.
Amzat then adjourned the case to February 22.