The Longer YOU Wait to Get Married the More Likely You’ll Get DIVORCED, Says Study 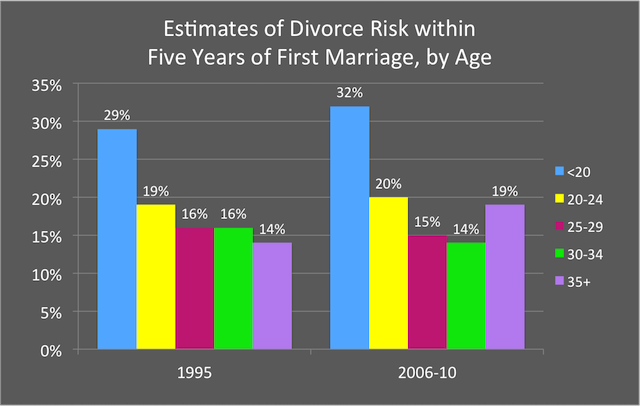 Holding out for Mr or Mrs Right?

Well you might as well not bother, soz. A new study suggests the longer you wait to walk down the aisle, the MORE likely you are to end up divorced – who’d of thought, eh?

Nicholas Wolfinger – a sociologist at the University of Utah – reckons the chances of your marriage ending in divorce increase with every year after the age of 33.

So what’s the perfect time, Mr Wolf(inger)?
Using data from the National Survey of Family Growth, the sociologist pinpoints an age window between mid to late twenties in which saying ‘I do’ is said to lead to a happily ever after rather than a decree nisi and shares in Ben and Jerry’s.

Wolfinger said: ‘My data analysis shows that prior to age 32 or so, each additional year of age at marriage reduces the odds of divorce by 11 per cent.


‘After that the odds of divorce increase by 5 per cent a year.’ 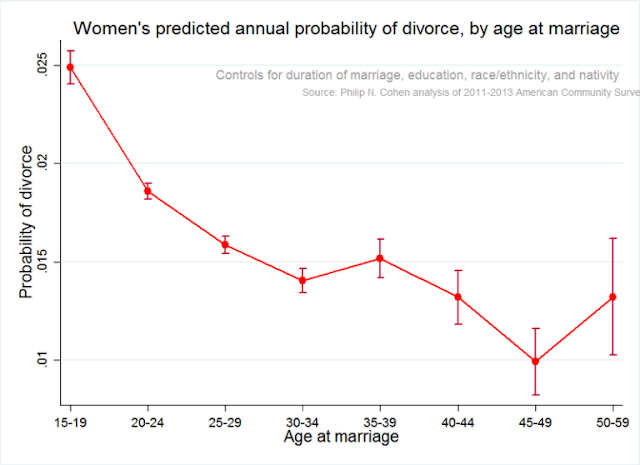 Although, his research doesn’t take into consideration that divorce has become a lot more socially acceptable in the last four (or so) decades.
Philip Cohen – a sociologist from the University of Maryland disputed Wolfinger’s findings.

Using separate data from the American Community Surveys, Cohen found that tying the knot in later life would still reduce the chance of divorce.

So rest easy, you don’t need to arrange a shotgun ceremony any time soon.