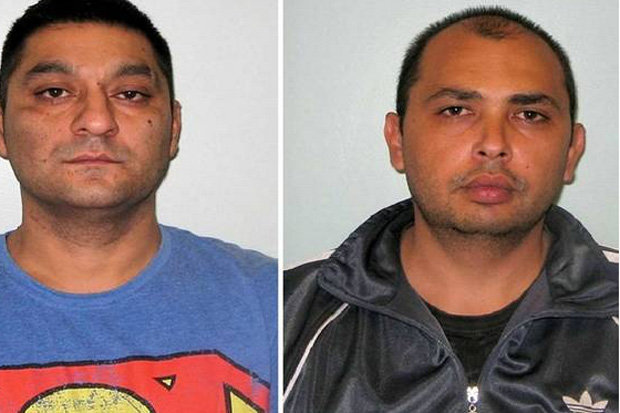 SEX traffickers who smuggled at least 250 women into the country to work out of 50 addresses have been sentenced.

The Crown Prosecution Service broke the "sophisticated" operation with the help of the Met Police and Hungarian authorities in a joint operation.
The gang brought women to the UK to be sexually exploited in London and Peterborough.
Some were forced into prostitution against their will – and were forced into handing over half their earnings.
Eleven defendants have now been sentenced at Southwark Crown Court in London, the CPS said. They have been jailed for a total of 34 years and six months.
Afterwards, CPS London Chief Crown Prosecutor Baljit Ubhey said: "This sophisticated and commercial-scale operation is one of the largest ever prosecuted by CPS London.

"It involved the trafficking of at least 250 sex workers from Hungary for the purposes of sexual exploitation to be controlled in prostitution and 50 brothel addresses in both London and Peterborough."

The senior lawyer said the investigation took two years.
She added: "This enabled us to build the strongest possible case to put before the court, leading seven of those involved to plead guilty owing to the weight of evidence against them.
"While in many cases the women were voluntarily working in prostitution, they were trafficked here to be exploited and controlled, with the women having to give up to half of their earnings for the privilege of working in a house or brothel run by the defendants.
"One of the girls was trafficked against her will and raped by one of the individuals sentenced today and I would like to applaud her courage in reporting this to the police and giving evidence during the trial.
"I hope this prosecution provides some comfort to her and the other victims these individuals preyed on.
Ms Ubhey said she hoped the case "demonstrated" the commitment of UK authorities working with its overseas partners in tacking organised crime.
One of the defendants, Zsolt Blaga, 38, was jailed for 14 years for trafficking offences and two rape offences seperate from the other gang members.
The ring were uncovered when a woman escaped from the vile gang's clutches and passed on information to the authorities.
During a six-year period the woman had been sold, sexually exploited and raped.
She revealed she was in a relationship with Jeno Burai before he forced her to work as a prostitution in Hungary and Austria.
She was forced to sleep with 10 men a day when she was brought to the UK in 2013.
Burai – jailed for six years and eight months – then sold her to another Hungarian – 38-year-old Blaga – in order to settle a debt.
She managed to escape when she was left alone in a house by climbing over a garden fence.