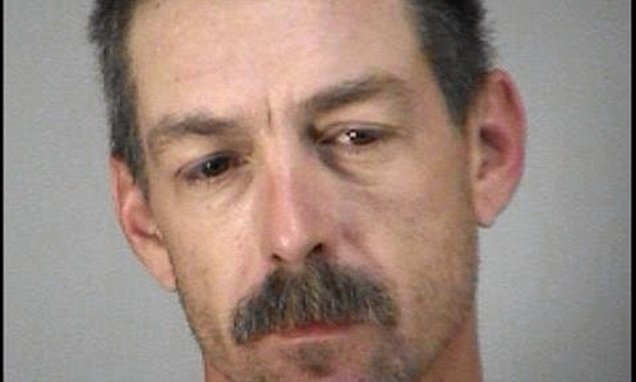 Looks like we done found our Douchebag of the Year winner because it can’t get any more ridiculous than this abusive jerk of a husband from Florida.
According to reports, 46-year-old azzhole Keith Davidson got so mad over his wife spilling some milk on the floor that he cleaned up spill using his suffering wife’s head. And the crazy thing? It wasn’t his first time!
People: “When I went to go grab the peanut butter, I hit the cup of milk. The cup of milk fell on the floor,” the alleged victim told WESH.
Police said that Davidson grabbed his wife and used her head to mop up the mess.


“To use me as a dish mop, it’s not the first, not the second, not the third time. But I can’t take no more,” the victim said.
She added: “He turned into a monster.”
Davidson has since been released on $1,000 bond, according to jail records obtained by PEOPLE. He has not yet entered a plea to the charge against him and is due in court on Jan. 27.
The victim said that he is no longer welcome in her home. “You can love someone with all your heart, but if they’re not going to be a good person for you, in your life, then it’s time to just say goodbye,” she said. And it’s the hardest thing for me.”